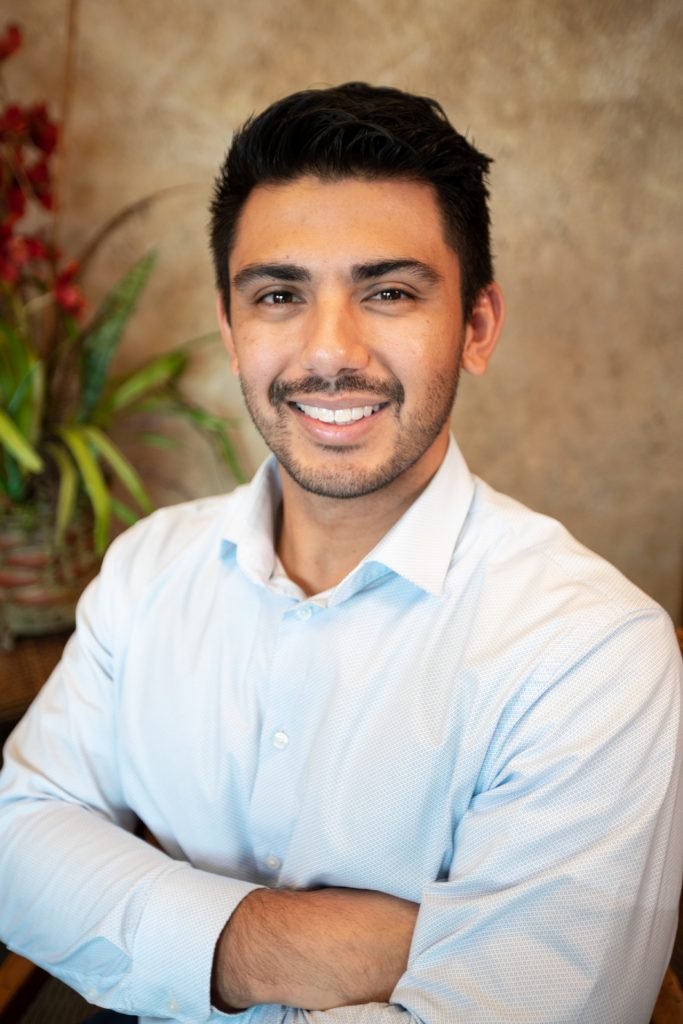 Dr. Holly was born and raised here in Phoenix, Arizona and went to high school just up the road at Sandra Day O’Connor High School. He moved south to Tucson for several years to attend The University of Arizona. After earning a B.S. in Physiology, Dr. Holly moved back to the Valley, where he attended Midwestern University in Glendale to complete his dental education. Following graduation, Dr. Holly worked as a general dentist in the Phoenix area until finding an opportunity in the area he grew up in and loves.

Dr. Holly has strong belief in family values that he would like to instill in his kids Someday. These include integrity, loyalty, generosity, and compassion. He comes from a loving family who raised him with these principles. His father is from Nebraska—Go Big Red!—and he instilled quality Midwest values in Dr. Holly’s family. His mother is from Hawaii and teaches 5th grade here in the Valley.

Apart from his parents, Dr. Holly has a plethora of family members living in Phoenix: two brothers, both sets of grandparents, six cousins, two aunts, and two uncles, with seemingly more family moving here every year. With deep roots here in North Phoenix, Dr. Holly has a strong sense of commitment and connection to the community.

Outside of dentistry Dr. Holly loves outdoor activities including skiing, hiking, wakeboarding, camping, and most of all—mountain biking. He tries to cycle at least a few times per week and even ran his own online mountain bike shop out of his garage all thru college. In his spare time, he also enjoys working on cars and traveling, or just spending time with friends and family.

NagiosCheckValue - Do not remove please